Camp William Penn was the first and largest federal training ground built for United States Colored Troops (USCT) during the Civil War.  Located just outside of Philadelphia, in Chelten Hills, Pennsylvania, African American men from the Keystone State and several other states (both slave and free) trained at Camp William Penn before heading south to fight in the war.  They formed eleven regiments of USCTs, all of which saw service in the South during the Civil War and Reconstruction.

Today, very little of the original camp remains.  Only the gates and gatehouse (shown below) still stand in the community, which is now known as LaMott (named in honor of local resident Lucretia Mott).  Several historical markers also mark the location of the camp. 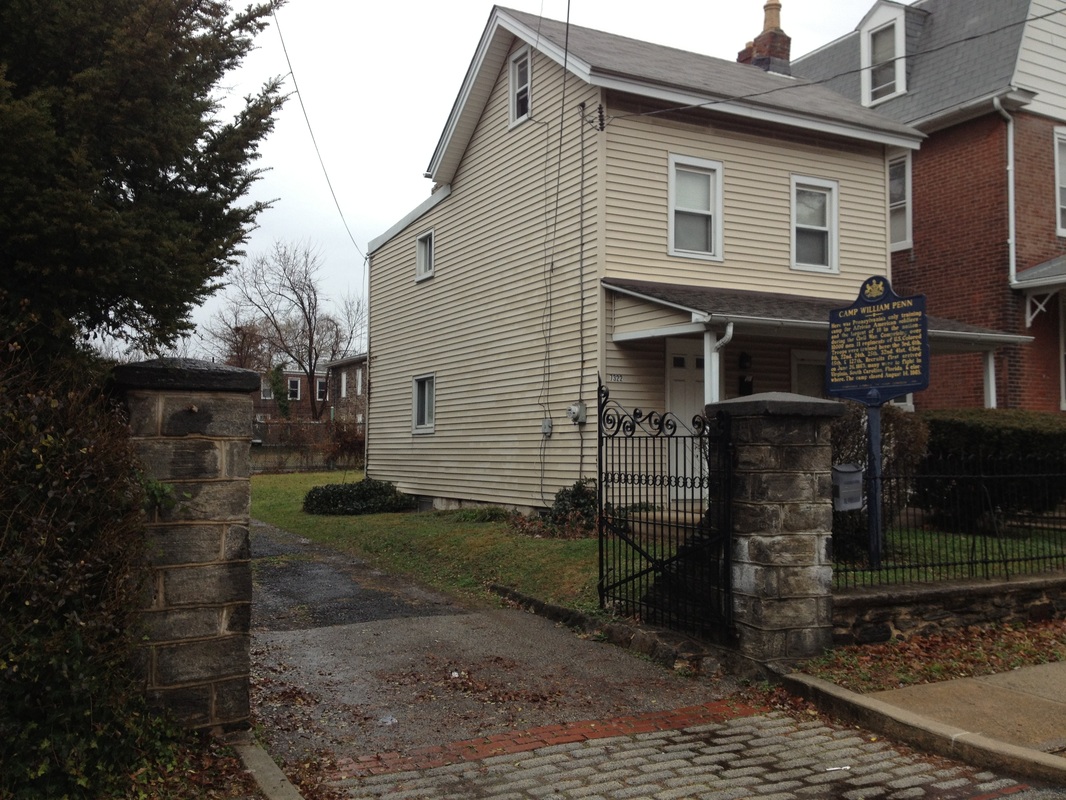